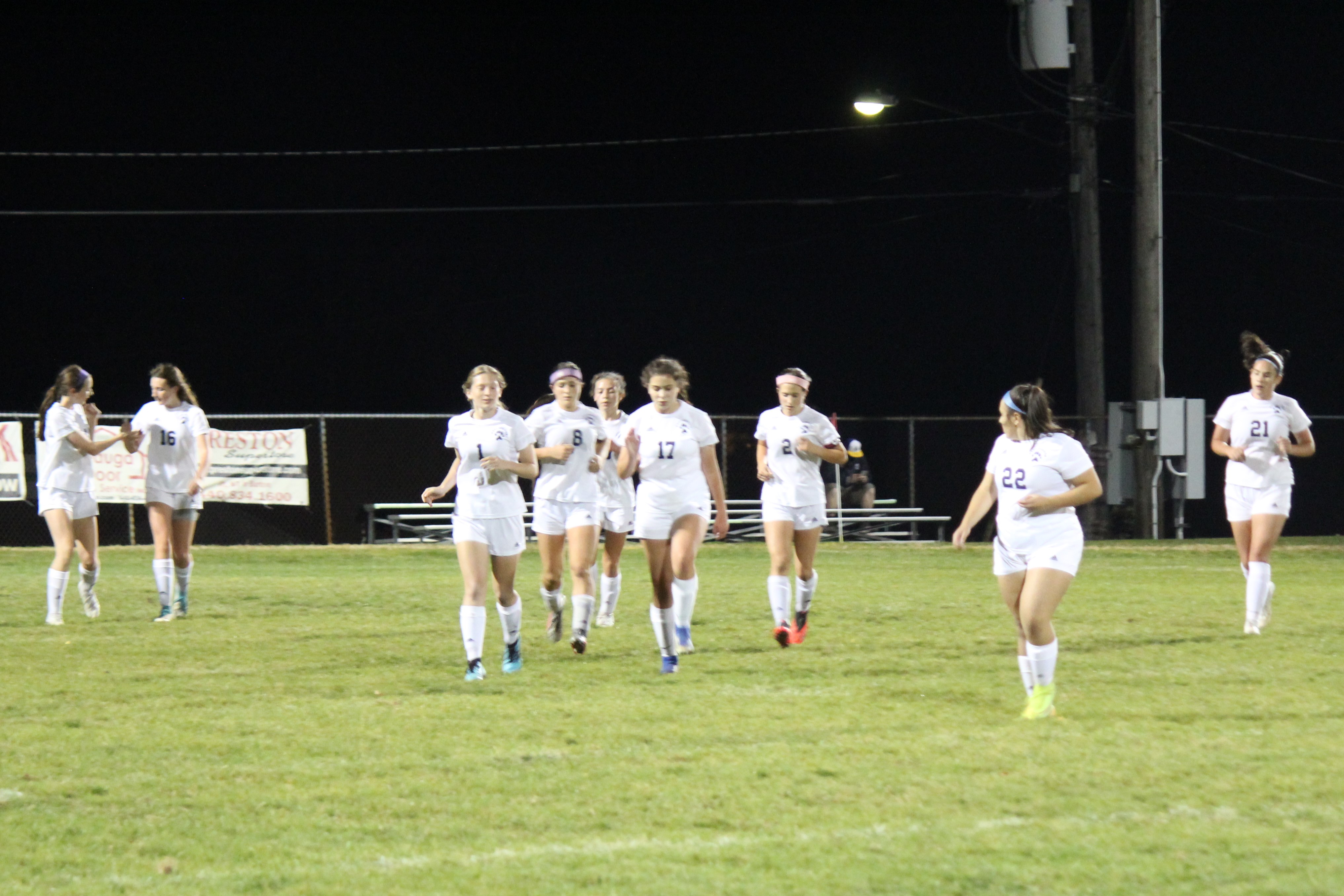 West Geauga continued their unbeaten run in conference play Thursday night when they beat Berkshire 4-0. West G improved to 5-0 in the CVC this year and 9-3 on the season. This makes the second straight season that the Wolverines have gone undefeated in their conference to finish as the best team in the CVC. Both teams played hard all game, with West G controlling most of the possession and creating the bulk of the scoring chances as Berkshire was organized and defended well. Sophomore forward Frankee Flesher got the scoring started for West G in the first half, with senior and captain Nicola Ehrbar adding a second goal before halftime. In the second half Frankee Flesher would add two more goals to round out the scoring for the Wolverines. It was an all-around strong performance from West G as they controlled the ball and looked to find ways to beat the Badger’s defense. West Geauga’s defense played well also, keeping Berkshire away from their goal and shutting down any scoring chances the Badgers had. Defenders Zoe Cowles, Aubrey Zanella, Megan McGinnis, Shannon Swinerton, and Morgan Palchick helped limit Berkshire to only two shots on goal. The Wolverines have two games remaining before they begin their post season play. Their next game is Saturday morning against Shaker Heights.