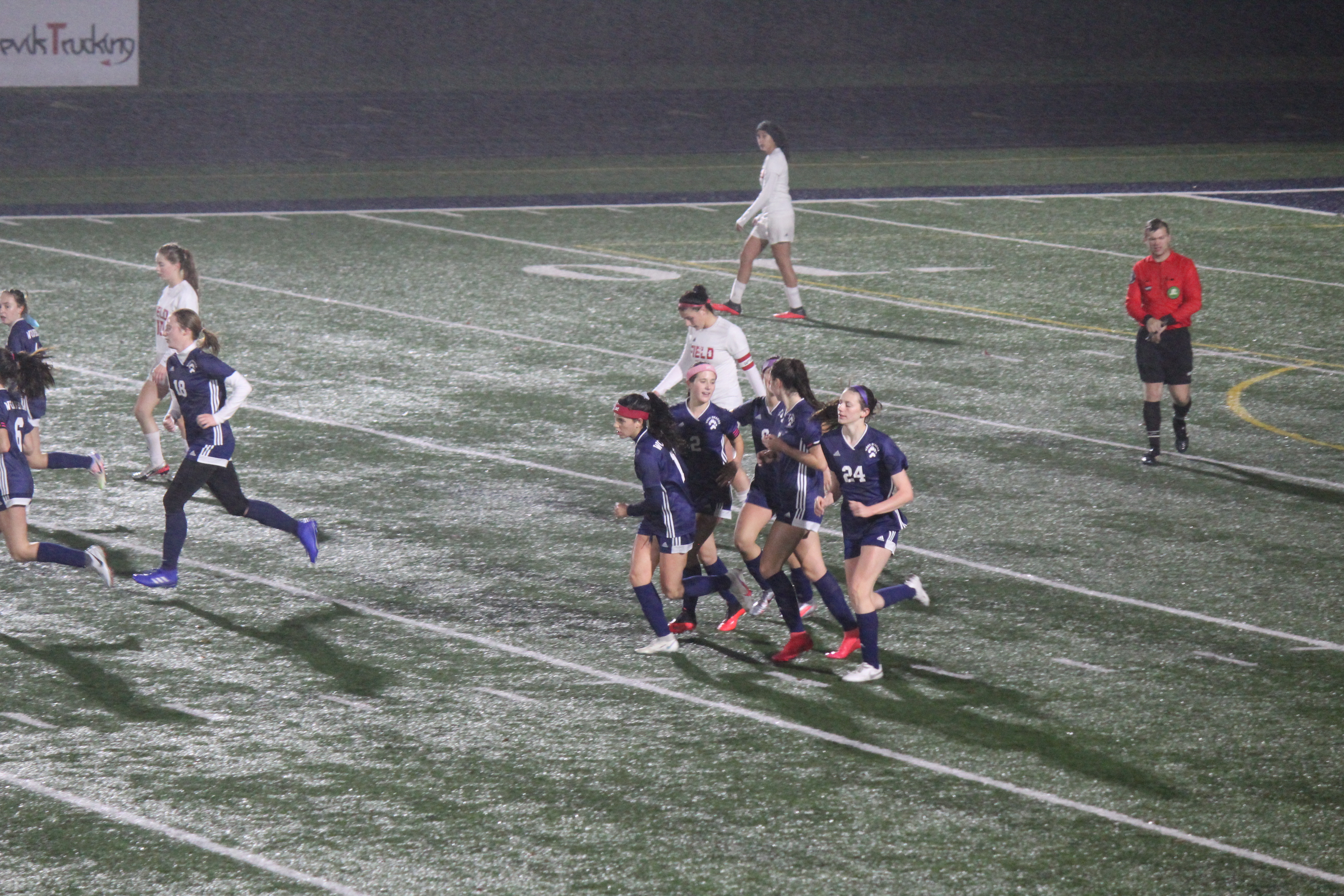 The Wolverines will play for the district final for the second time in two seasons after they beat Field 4-1 in the district semi-final. West Geauga played well throughout the contest and constantly put pressure on the Field defense, creating scoring chance after scoring chance. Halfway through the first half the Wolverines got their breakthrough, as senior and captain Nicola Ehrbar managed to find some space at the top of the box and put her shot beyond the keeper for 1-0 lead. Shortly after halftime the Falcons managed to tie the game at 1-1, but that score didn’t last for long, as senior and captain Bailey Zanella combined well with sophomore Frankee Flesher who gave the Wolverines back their lead less than two minutes later. West Geuaga would put the game out of reach with ten minutes before the end of the game, with two more goals from Nicola Ehrbar and Frankee Flesher. West G will play Streetsboro on Thursday for the district title.