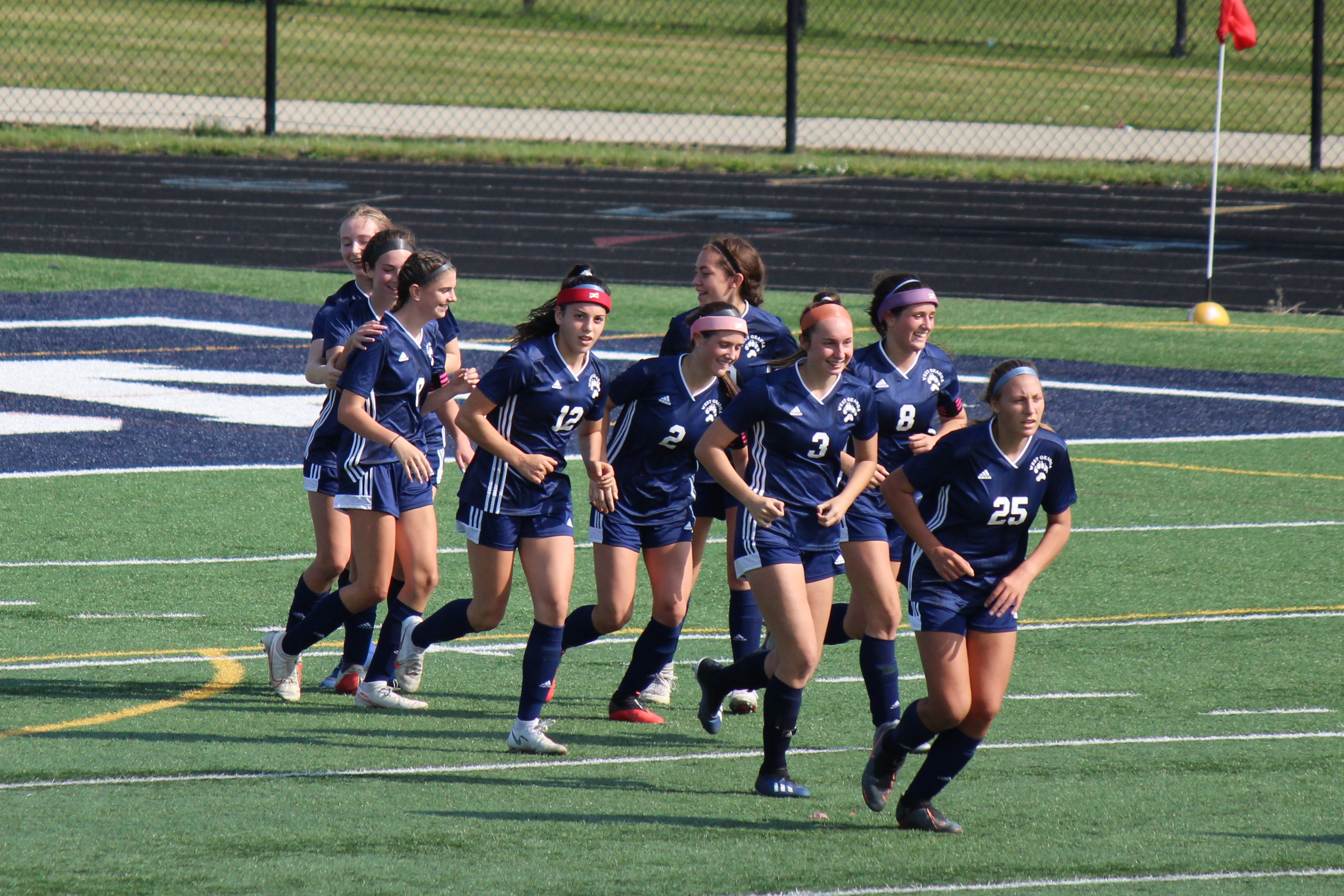 The Wolverines brought their win total up to double digits on Saturday as they beat Shaker Heights 4-0. West Geauga started quickly with senior and captain Bailey Zanella playing a through ball to sophomore forward Frankee Flesher who finished calmly to put her team ahead with just over a minute gone. It was all West G after that as Bailey Zanella would score her team’s second goal off of a Rae Ehrbar corner kick midway through the first half. The Wolverines would grab their third and fourth goals with less than ten minutes to play in the first half. Senior and captain Aubrey Zanella and Freshman Kailey Wulfert would each score their first goals of the season as West G finished the half up 4-0. That was all the offense the Wolverines needed as their defense played strong throughout the game and earned their sixth shutout on the season. West Geauga, now 10-3, plays their last regular season game Tuesday night against Geneva before they host Harvey in the first round of the playoffs next Monday.