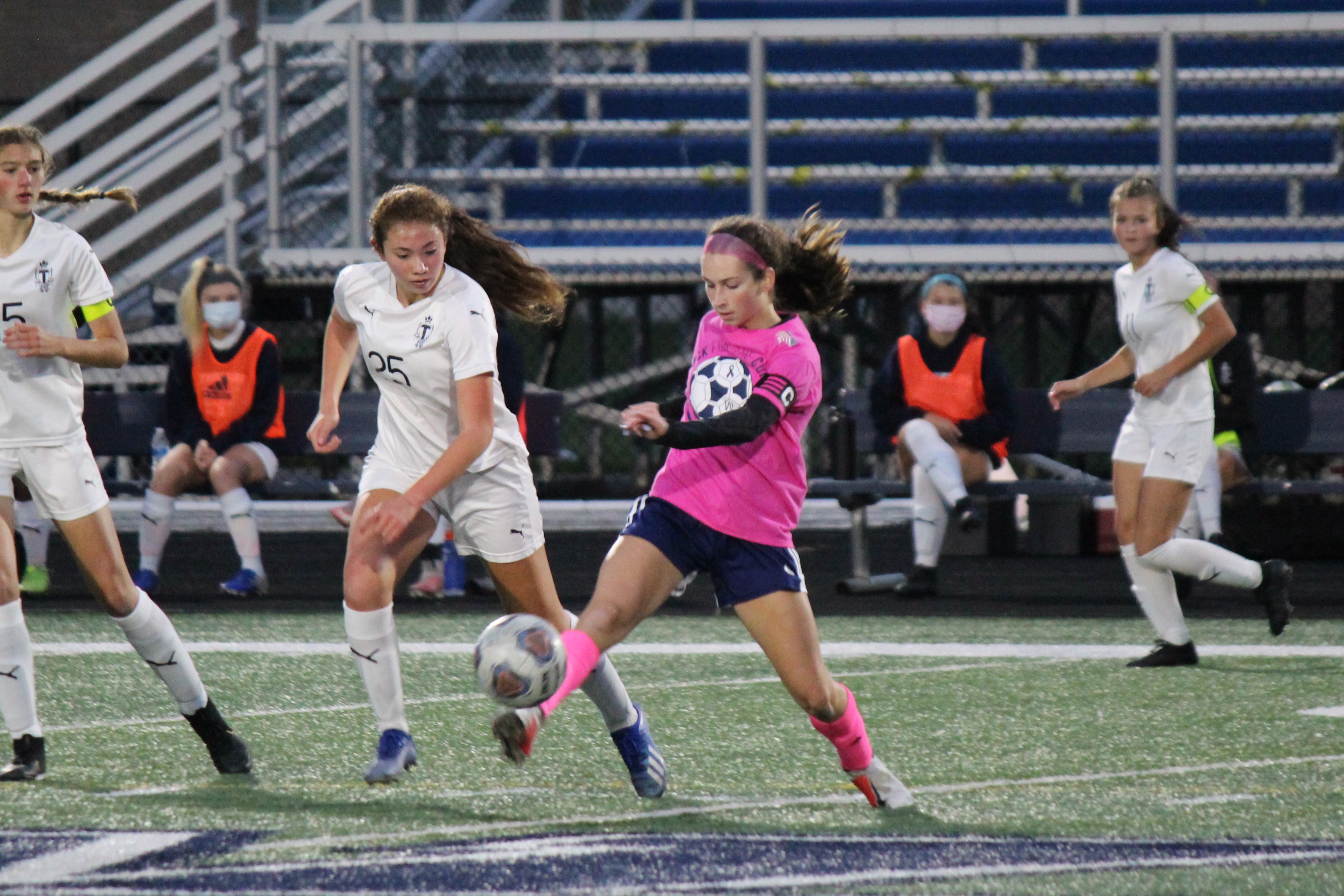 West Geauga lost their third game of the season Saturday night as they fell to Twinsburg 3-2. It was a hard fought game between two very good teams that have big ambitions for their respective seasons. West G battled hard throughout the contest, and on two separate occasions found themselves down a goal and were able to score to tie the game again. The Wolverines were unable to do it a third time however, as Twinsburg’s third and final goal with four minutes left turned out to be the game’s final goal. Both teams were committed to the attack as they managed 23 shots on target between them in a highly entertaining game. The loss is a tough one to take for the Wolverines who created a lot of scoring chances but were unable to take advantage of their opportunities. Junior and captain Rae Ehrbar was integral in West G’s attack, as she assisted both goals and was involved in a lot of the scoring opportunities the Wolverines created. West Geauga’s record in now 8-3 as they head towards the end of their regular season, and are back in action on Thursday with a game against CVC rival Berkshire.