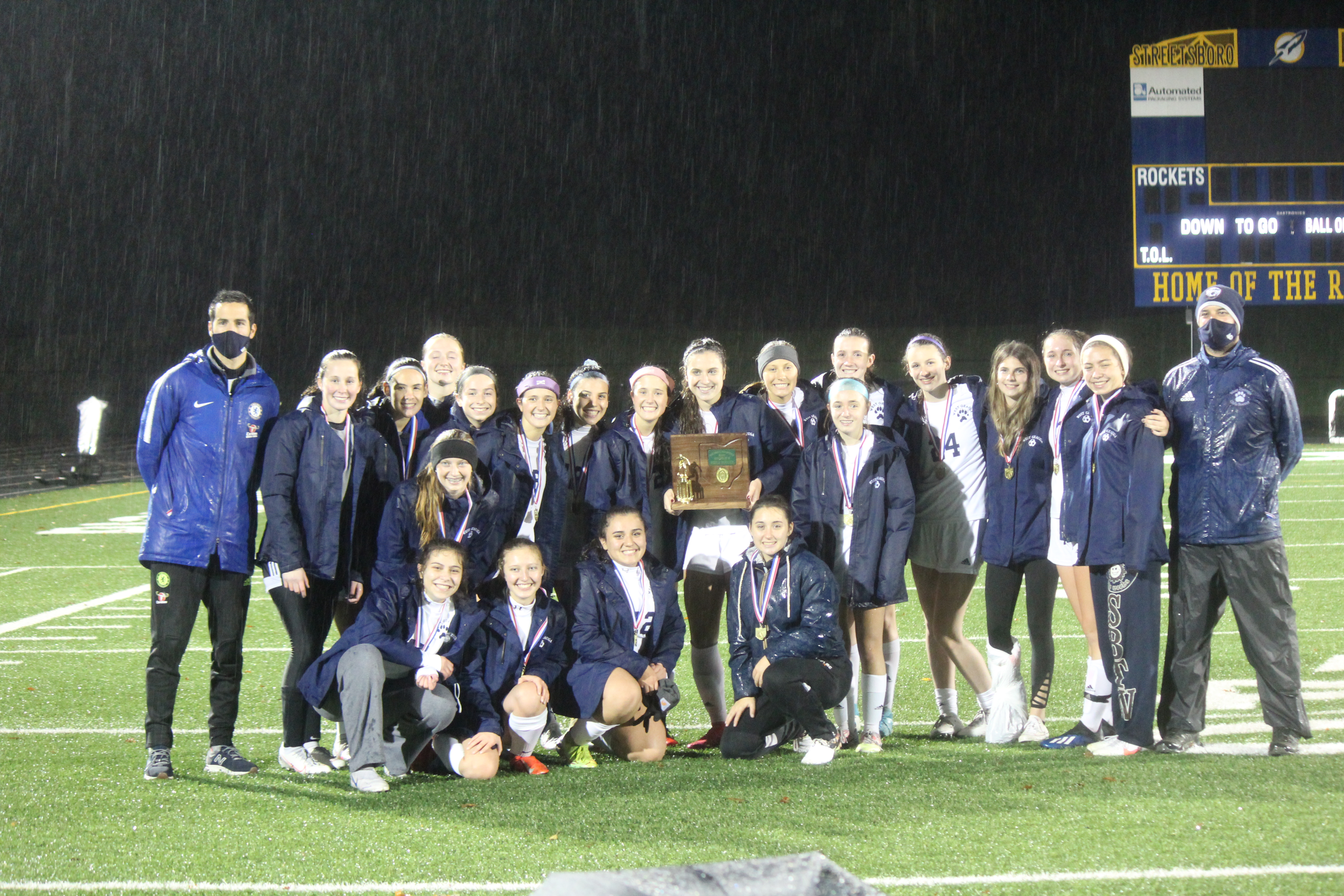 West Geauga avenged their loss in last years district final game as they beat Streetsboro 5-0 on Thursday night. It was a resounding win in every aspect of the game for the Wolverines, who captured their first district championship since their 2010 season. From the start of the game West Geauga looked dangerous and controlled as they looked to find a way through Streetsboro’s defense. Ten minutes into the game the first goal came from senior and captain Nicola Ehrbar, as she cut in from the left side and finished her shot excellently in the bottom right corner, away from Streetsboro’s keeper. The Wolverines didn’t let up after their first goal, and a few minutes later they had their second, a wonderfully work goal from junior and captain Rae Ehrbar to her sister Nicola. The two combined beautifully just outside Streetsboro’s penalty box before Rae played Nicola a ball behind the defense and Nicola made no mistake in beating the keeper once again. Streetsboro struggled most of the night with the Wolverine’s attack, as their constant pressure and passing made it difficult for the defense. Before halftime senior and captain Bailey Zanella would add a third goal with an excellent strike from distance to put the Wolverines in a good spot going into the break. The second half was more of the same for West G, as their constant pressure and ball movement created two more goals, one from sophomore Frankee Flesher and a third goal of the game from Nicola Ehrbar. Nicola would finished the game with three goals and two assists and constantly made life difficult for the Streetsboro defenders. It was an all around excellent performance from the Wolverines, which included outstanding play from their defenders. Streetsboro has very good attacking players and West G kept them under control all evening, limiting their scoring chances and keeping possession for their team. The Wolverines will look to keep their momentum going as they play Rocky River Tuesday evening in the regional semi-final.